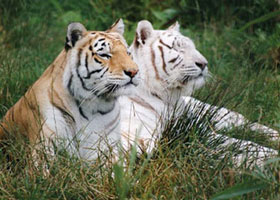 Established in 1987, the Ushakothi Sanctuary at Yavatmal in Orissa is just 48 kilometers from Ushakothi. The floral diversity includes trees like, neem, acacia, sal, sandalwood, arjun and casuarinas. The wood of these trees are generally used for making furniture.

Mainly inhabited by the tribal heads, Ushakothi in Orissa is a veritable paradise for the bona fide denizens of nature, animals and plants. These quaint creatures residing in the depths of the jungle forms the majority of population, the list is unending but Tigers and Panthers are amongst them.

Panthers are large spotted feline of tropical region similar to the leopard; in some classifications considered a member of the genus Felis. They are mainly nocturnal and Jeep Safari enables a close view of these creatures. Sambal. Chital and Nilgai are some of the other special creatures that deserve special mention. It is said that there are 15 tigers and 35 elephants in Ushakothi Sanctuary. Hunting leopards are common, wolves often raid on cattle of the farmers from nearby villages. Sloth Bears are rare but often noticed at dusk when they come for quenching their thirst in the nearby river.

“Drainage at Ushakothi Sanctuary in Orissa:”

The principal rivers Wardha and Penganga watering Ushakothi Sanctuary at Yavatmal in Orissa flows along the boundary, making way for infiltration of these wild animals into the vicinity of the nearby villages. Nothing can be done for this; the tribal people know their proximity to the jungle and live carefully. Spiritually created by legendary Guru Vashishtha, River Wardha is also known as River Vashishtha. Showers are common here adding to the thriving plants and shrubs.